Jaguars show up on defense, shut down Luck, Colts 6-0

JACKSONVILLE, Fla. (AP) Jalen Ramsey reached out and briefly offered to help Andrew Luck off the ground , only to quickly withdraw his hand and walk away.

Ramsey and the Jacksonville Jaguars refused to give the Indianapolis Colts anything Sunday, turning in one of the most dominant defensive performances in franchise history and carrying the team to a 6-0 victory.

''Truthfully, I do that almost every week,'' Ramsey said of his fake-out moment with Luck. ''People just caught it this week.''

The Jaguars (4-8) needed that kind of defensive effort to make up for a lackluster offense. They stopped a seven-game slide and snapped Indy's five-game winning streak, leaving the Colts (6-6) in need of some help to get back into the AFC wild-card picture.

Ramsey was at his best while playing through a knee injury. He helped hold T.Y. Hilton to eight catches for 77 yards and also made a game-ending tackle on Erik Swoope with 8 seconds remaining.

Ramsey hit Swoope near the sideline at the end of a third-and-6 play at the Jacksonville 29, and the tight end seemed to land out of bounds. But officials ruled Swoope's forward progress had been stopped and kept the clock running. The Colts were out of timeouts and could only watch the clock wind down.

''I didn't feel very sharp,'' Colts quarterback Andrew Luck said. ''I didn't feel I was putting the ball in the right places to give the guys a chance to catch them, but again, give credit to their coverage. I think all the guys in the locker room right now feel that we didn't hold up our end of the bargain as players. I know I can be sharper. I know I need to be sharper. I'm discouraged, but in a sense I'm also encouraged to get back to work and improve on things.''

Luck completed 33 of 52 passes for 248 yards and an interception. He was sacked three times after getting hit just five times in the entire month of November. He was sacked once in the previous five games.

The Colts entered with the fourth-most points in the league, having averaged more than 34.6 a game during their win streak. Luck had thrown three or more touchdown passes in eight consecutive games, one shy of the club record.

Jacksonville shut them down and out.

''It feels great to get in the win column,'' Jaguars defensive tackle Calais Campbell said. ''It's been way too long.''

Indy left the stadium with plenty of regret and surely some second-guessing.

The Colts passed up two field-goal tries in the first half, including taking one successful kick off the scoreboard, and had another solid chance in the fourth quarter.

The Colts finished 0 for 3 on fourth down - all of them in field-goal range.

''It made sense. They gambled on themselves,'' Jaguars linebacker Myles Jack said. ''They're high in the red zone, high on third down, so fourth down, play the lottery. That's what they did, and they lost.''

The most costly one: Adam Vinatieri made a 29-yard field goal in the second quarter, but Jaguars rookie defensive tackle Taven Bryan was flagged for roughing the snapper. That gave Indy a first-and-goal at the 5. Jordan Wilkins caught a short pass on fourth down, but was stopped short of the goal line.

''All the numbers say strong go there, and we liked the play we called,'' Colts coach Frank Reich said.

Indy finished with 265 yards and was 5 of 18 on third down. For Jacksonville, it was the seventh shutout in franchise history and first at home since beating the New York Jets 41-0 in 2006.

Cody Kessler, who replaced the benched Blake Bortles this week, completed 18 of 24 passes for 150 yards and won for the first time in nine career starts. Kessler was sacked three times but played turnover-free football - barely. He had one interception dropped and managed to wrestle away a fumble of his own. He also was evaluated for a concussion early in the game but returned. 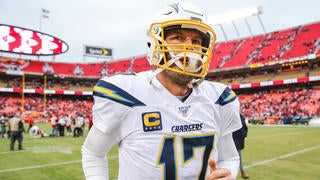